Letter from the CEO

In 2021, Scatec embarked on its transformation from a pure solar power company into a leading renewable energy solutions provider with a broad technological footprint. We raised our capacity target to 15 GW by the end of 2025 and made solid operational progress during the year.

Skip Map
Select one of our locations
Solar
Hydro
Wind 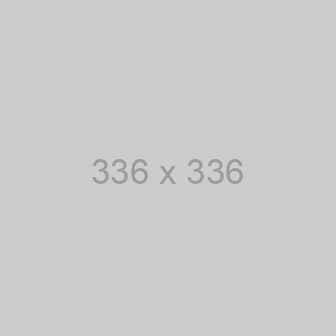 All data is per publishing date Completed the acquisition of SN Power

In January, we completed the acquisition of SN Power.

“This acquisition forms a very important part of our broadened growth strategy, with an ambition to become a global player in solar, hydro, wind and storage solutions, and an integrator of high-value infrastructure solutions. We are looking forward to start working together with our new colleagues from SN Power and I trust that we will be successful in building a global leader in renewable energy”, says Raymond Carlsen, CEO of Scatec.

“From the very first day, Scatec has been a frontrunner in an increasingly dynamic renewables market, and we continue to lead. In line with our broadened strategy, we are developing renewable energy solutions and combining solar, wind, hydropower and storage to the benefit our growing customer base governments and corporates,” says Raymond Carlsen, Scatec’s CEO. Signed the Call on Carbon initiative

In May, we signed the Call on Carbon initiative which calls on countries to back their net zero targets with Paris Agreement consistent measures to clear a path to reach net zero emissions. Climate change is accelerating, but mitigation efforts are lagging behind and only a fraction of greenhouse gas emissions have an effective carbon price. In June, we were awarded Preferred Bidder status on three projects totalling 150MW (3x50MW) of Contracted Capacity, by the Department of Mineral Resources and Energy in South Africa under the technology agnostic Risk Mitigation Power Procurement Programme (RMIPPP).

“This is truly a great milestone for Scatec and renewable energy. We are demonstrating that cost competitive dispatchable solar power can be delivered at large scale with short implementation time. This confirms that renewable energy is an ideal choice for driving electricity generation growth in Africa and other developing countries”, says CEO Raymond Carlsen. In July, we grid connected two solar plants in Ukraine, totalling 203 MW. With the connection of these plants, we have 336 MW in operation in Ukraine divided on five plants.

“We are pleased to complete our fifth project in Ukraine since we started our journey in the country in 2017. The Ukrainian portfolio now totals 336 MW with an annual production of more than 400 GWh, powering almost 160,000 households with clean energy and contributing to significantly grow the renewable energy share in the country,” says Raymond Carlsen, CEO of Scatec. Commits to The Science Based Target Initiative

In June, we committed to The Science Based Target Initiative. We recognise that climate change is the defining global challenge of our time and that we all need to do our part to cut greenhouse gas emissions. Whilst our renewable power plants are essential to reducing emissions of these gases in the power sector by replacing fossil fuels, the construction and maintenance of the facilities, as well as sourcing of components, also emits greenhouse gases.

“We are a frontrunner in developing renewable energy in high-growth markets, and our success in Argentina yet again confirm our strong track record of effective project development, expanding our footprint in the region. It is also our second successful partnership project with Equinor, which we are very pleased with”, says Raymond Carlsen, CEO of Scatec. Ranked number one in ESG reporting

In September, we were ranked number one in ESG reporting among the 100 largest companies on the Oslo Stock Exchange. Scatec was awarded with top rating (A+), placing the company, along with Norsk Hydro, as a leader in ESG reporting in Norway.

In december, we entered into an agreement with Fertiglobe and the Sovereign Fund of Egypt to develop green hydrogen as feedstock for ammonia production in Egypt. The facility will be located near EBIC in Ain Sokhna and is the first step towards developing a green hydrogen hub in Egypt. In October, we were awarded solar projects totaling 273 MW in the REIPPP Round 5 government tender in South Africa.

“This is another great milestone for Scatec in South Africa and for renewable energy in the country. We are pleased with the South African government’s commitment to the REIPPP programme and their announcement within the set timeframe. Today’s award is a manifestation of our position in South Africa as the leading solar IPP. “, says CEO Raymond Carlsen.

In December, we were recognised for corporate sustainability by the global environmental non-profit Carbon Disclosure Project (CDP), securing a place on its prestigious ‘A List’ for tackling climate change. Scatec is leading on corporate environmental ambition, action, and transparency worldwide through significant demonstrable steps on climate. Statement on equality and non-discrimination

This report describes the diversity and inclusion status of Scatec and how we are working to ensure equal opportunities for all employees and prevent discrimination. Our approach to Corporate Governance is intended to decrease business risk, maximise value and utilise our recourses in an efficient and sustainable manner to the benefit of shareholders, employees and society at large.